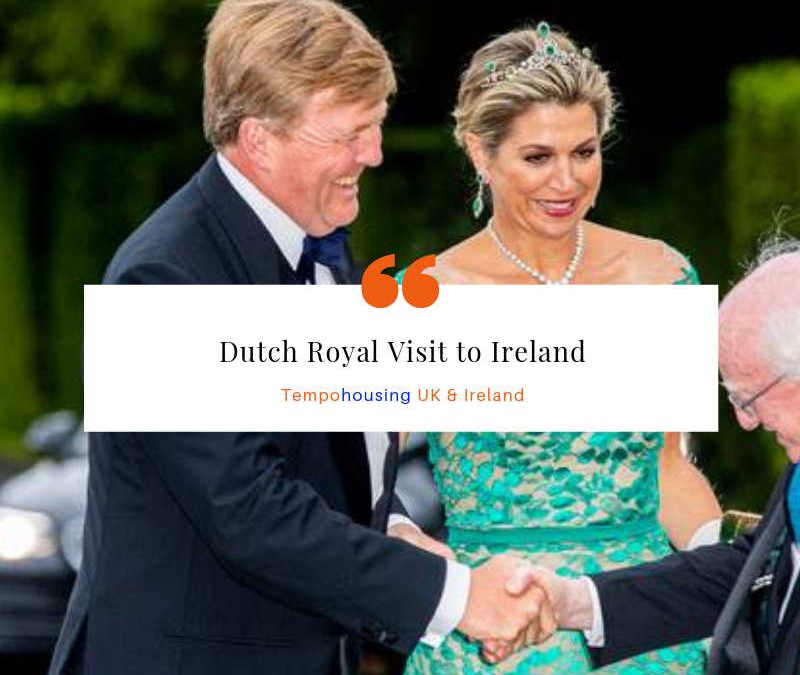 This week the Dutch royals are due to visit Ireland against the backdrop of intensive moves to forge closer relations between the Irish State and the Netherlands post Brexit.

Ireland and the Netherlands have always had extensive trade links with the Republic exporting more than €6 billion in goods there each year. Our economies are very alike with both fuelled by technology and foreign investment.

Blok told the Irish media in the Hague prior to the state visit “We [Ireland and the Netherlands] are both long-time members of the EU with a strong tradition in free trade. Both are strong in agriculture. We both attach great value to rule of law. We both think taxpayers’ money should be spent wisely at EU level.”

Deborah Smyth of Tempohousing Ireland understands just how important good trade relations are. In 2017, she bought a franchise with modular construction Dutch giants, Tempohousing Netherlands. They have been in operation for over 15 years and have completed a wide variety of successful housing projects globally. They are also big advocates of green and eco-friendly construction. With most of the work carried out off-site, 90% less waste is produced and results in a significantly low impact on the environment.

Deborah is keen to maintain healthy relations with her Dutch counterparts and has said that working alongside the Dutch the past two years has been very exciting and most importantly very knowledgeable in the eco-friendly side of the modular construction industry.

Tempohousing Irelands’ dedication to energy efficiency and low carbon energy technologies takes Deborah to Brussels at the end of the month, for the Energy Call 2020 brokerage Event.