Can you Build in both Modular and Traditional Methods? 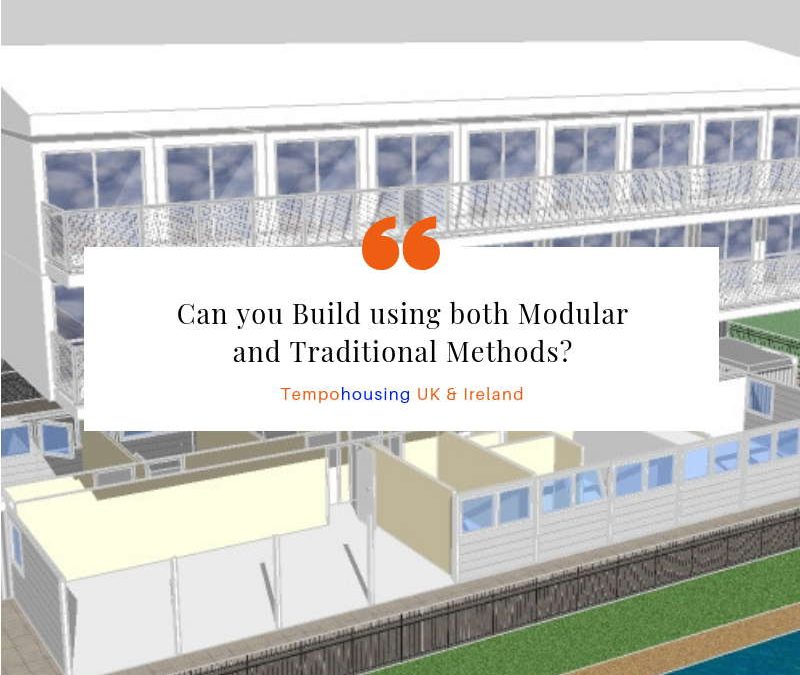 Hybrid animals, hybrid cars, hybrid plants, even hybrid foods, these days you can get a hybrid of almost anything, so why not hybrid construction?

Take our hotel project in Haiti, Servotel. This project was designed and erected using a traditionally built three floored service wing and refurbished shipping containers (ISO pods). Illustrated in the image below, the basement, conference room and service space were built traditionally while the ISO pods/suites were refurbished simultaneously off-site. By the time the service wing was finished the ISO pods were ready for stacking. 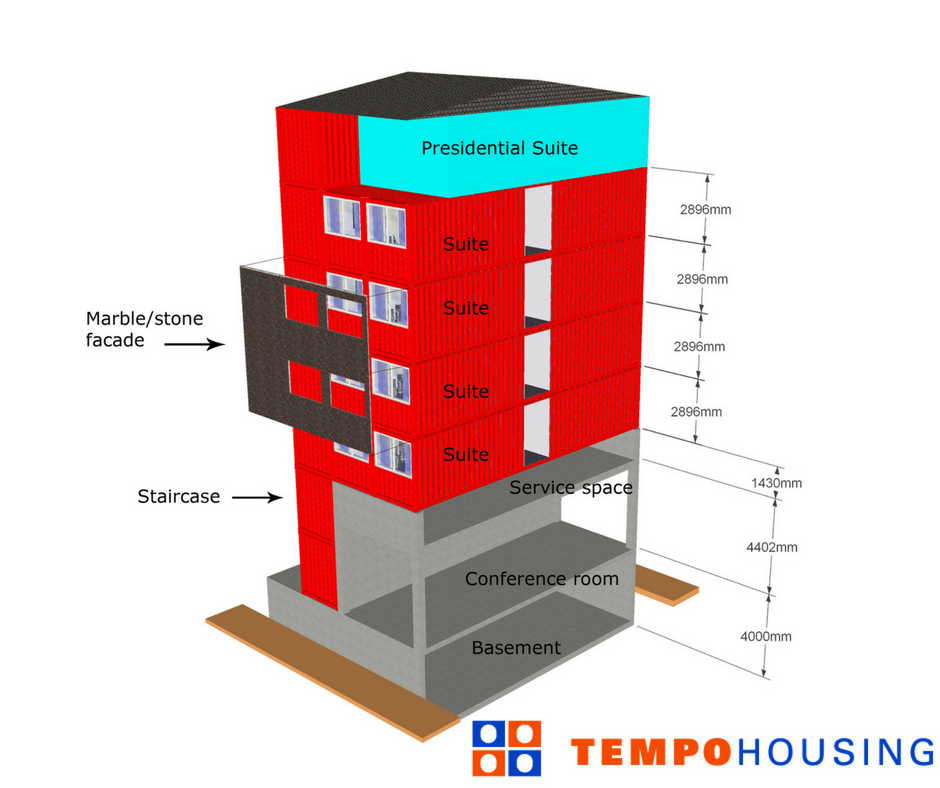 This helped to speed up the process which was important in this case as this project was put in place as all hotels on the island were destroyed during the earthquake of 2010. The hotel was intended to house many international guests from the press to NGO’s that visited the island following the tragic disaster that hit Haïti. To this day the hotel remains a popular destination for both officials and holiday goers alike.

The traditionally built service wing is used as a beautiful dining area for guests as well as office space and conference rooms catering for all business needs.

The ISO pods have been designed and engineered based on European building standards. The large bathrooms are fully tiled and provide high standard luxury with a bathtub, toilet, shower and sink. All rooms have their own A/C system and digital door lock system. The extra wide (4,8 m) design of the rooms give a very spacious look and feel.

Another project we used hybrid construction for was for the Salvation army in the Netherlands. We combined a traditionally built ground floor with a construction of concrete columns creating a large open space which is used as offices, dining rooms, kitchens and social gathering spaces.

The ground floor concrete columns are connected with window frames. The 2nd and 3rd floor were built using Tempohousings ISO pods (model “Professor”) for the clients of the Salvation Army. The project consists of 3 separate buildings. 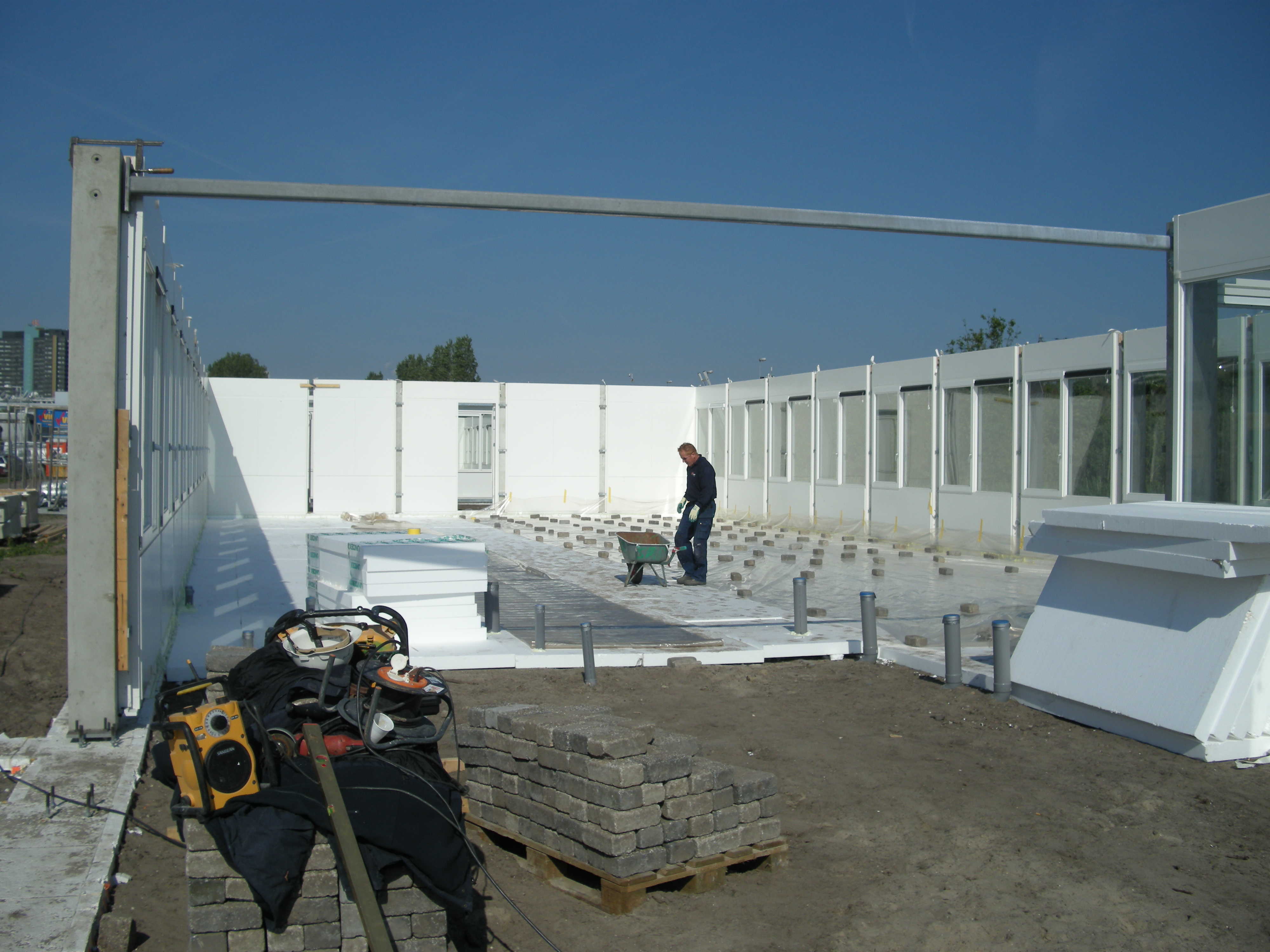 The fact that the on-site traditionally built large spaces can be carried out at the same time as the off-site modular construction saves a lot of time and money, this is one of the major advantages of hybrid construction. There are lots of projects that require large open spaces for communal halls or office space etc, this is where combining the two types of construction really works well. Our past hybrid projects have been very successful, and we look forward to creating more great projects in the future. 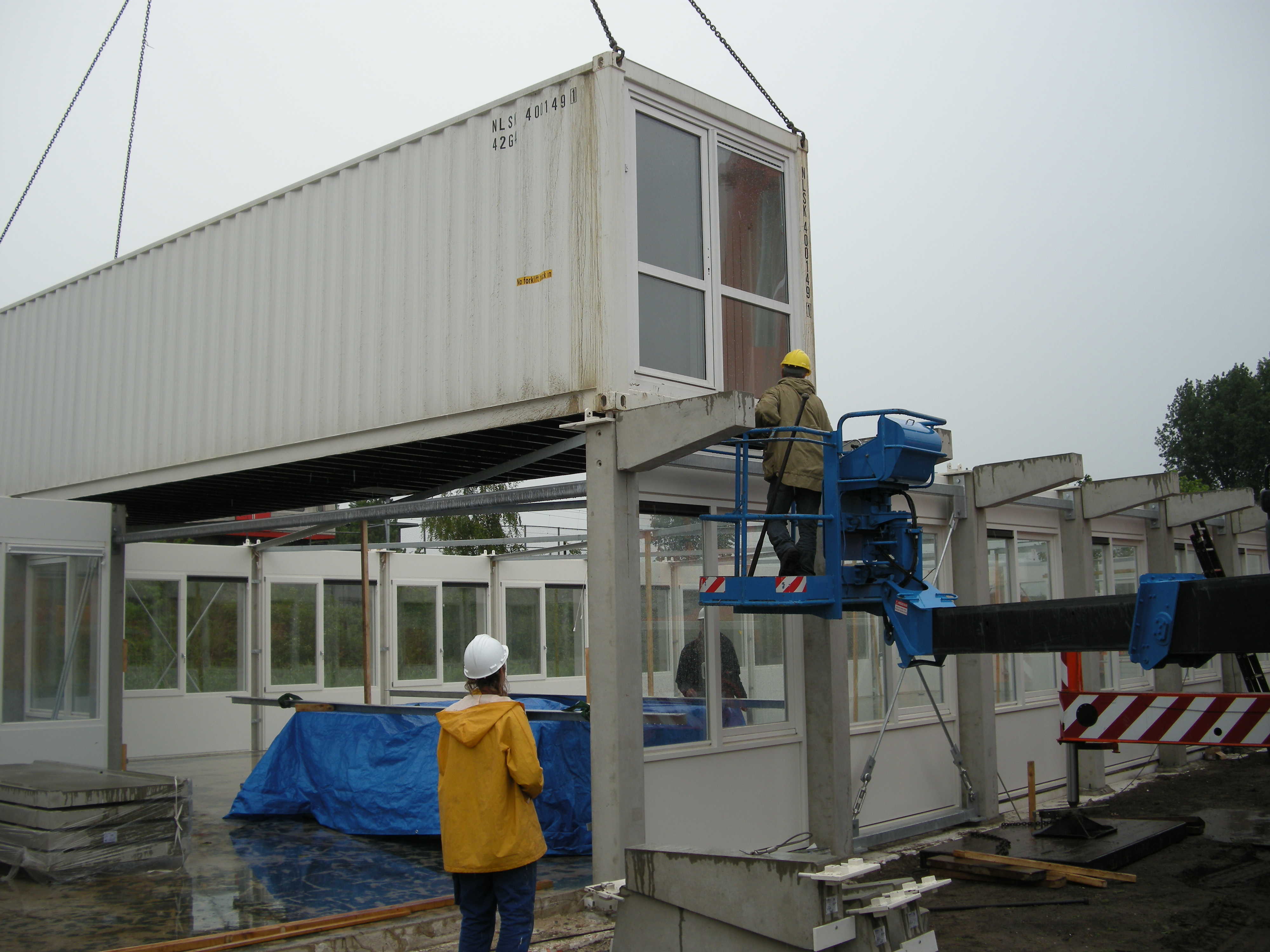 Here at Tempohousing we know our limitations and we know where we excel, therefore I don’t think we will be creating the next best hybrid fruit or plant, but we will be certainly creating some amazing hybrid construction projects. If you would like to know more then don’t hesitate to get in contact today.