What is Aerated Concrete? 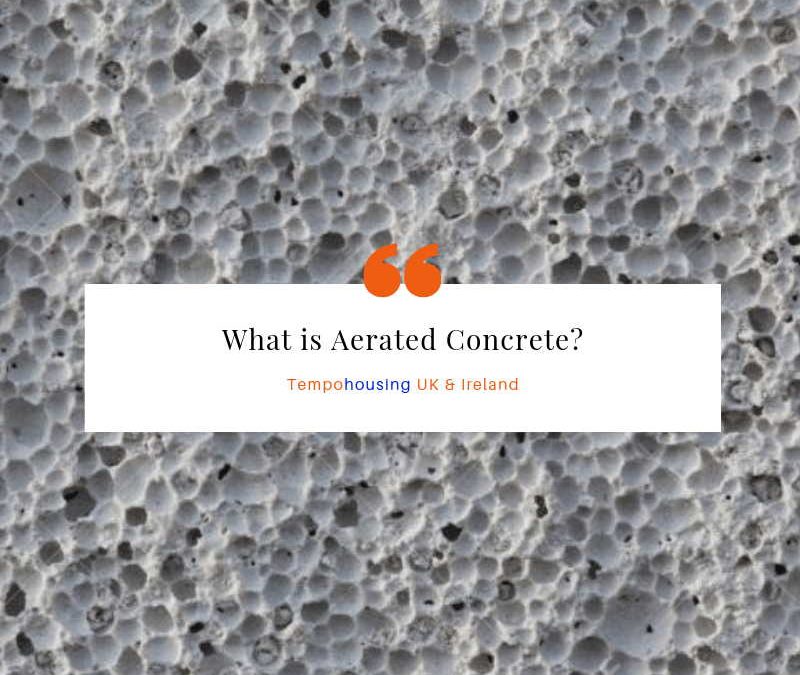 It was first developed by an architect in 1920’s Sweden. Traditional concrete was combined with cement, lime, water, sand and a small amount of aluminium powder producing a concrete consisting of almost 80% air. The aluminium powder is used as an expansion agent similar to bread dough.

The low density is achieved by the formation of air voids to produce a cellular structure. These voids are typically 1mm-5mm across and give the material its characteristic appearance. Blocks typically have strengths ranging from 3-9 Nmm-2 (when tested in accordance with BS EN 771-1:2000 – specification for masonry units). Densities range from about 460 to 750 kg m-3; for comparison, medium density concrete blocks have a typical density range of 1350-1500 kg m-3 and dense concrete blocks a range of 2300-2500 kg m-3.

The raw materials used to produce aerated concrete are lime, cement, water, mineral aggregate, foam-forming agent (based on aluminium powder), and modifying additives. Due to the lime, the quantity of cement used is lower, thus making the cost of raw materials for producing aerated concrete lower than regular concrete.

Traditional concrete is too heavy for transporting a complete module by truck, therefore light weight concrete is a perfect solution.

Aerated concrete has an extremely high resistance to fire. It is non-combustible and has a first-class rating for fire resistance exceeding that of traditional concrete.

All the ingredients used to make aerated concrete are natural and environmentally clean. The material won’t release any harmful substances, won’t age and isn’t prone to decomposition. It’s also a recyclable material.

Aerated concrete acts as an excellent thermal insulator thanks to the closed, airtight chambers formed by the microbubbles integrated in the mass.

Due to its porous structure, aerated concrete provides sound proofing 10 times better than traditional concrete. Contributing to noise reduction in large cities is especially great for those near airports or industrial areas.

Due to the low cost of materials, as well as the large dimensions of blocks which have less weight ensure the price is cheaper to both produce and transport.

Get in contact today if you would like some more information on cellular aerated concrete. While you’re here, check out our blog on our latest residential development in Denmark. We look forward to hearing from you.